it has been a crazy couple of weeks for me! between my sister being home for awhile with her boys,  a family wedding/mini-reunion weekend, an unexpected quick trip to NC, and keeping up with work, i’m just about tapped out. and my body is showing it because i’m sick with one of the worst colds i’ve had in awhile. by the way, it should be illegal to catch a cold in the summer. it is so dumb. however, it was a good excuse to make this homemade chicken noodle soup yesterday, which is delicious. and super easy!
i’ve been wearing these customized necklaces from getnamenecklace.com basically every day since i received them. the one with the coordinates are actually the coordinates to the apartment i lived in when Mike and i started fallin’ for each other. how tender. and the roman numeral one has the date of our anniversary. again, i’m a tender little nugget these days. anyway, i love wearing them layered together and they go with any outfit, so that’s cool. (if you follow me on instagram, there’s a giveaway going on over there! also, use code LE20 for 20% off your order!) 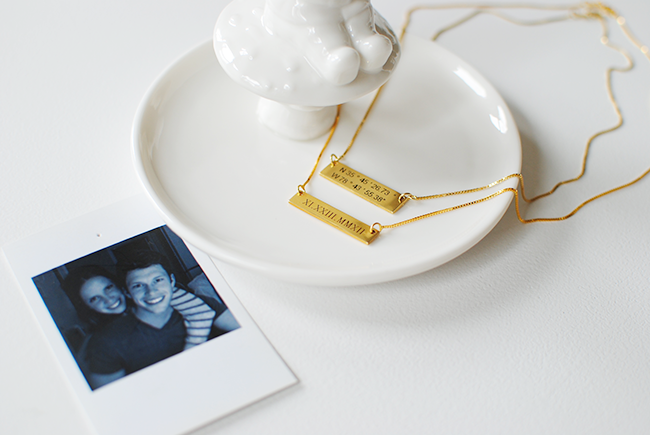 in beauty-related news, I HAVE FOUND THE ULTIMATE UNDER EYE CONCEALER. if there were a mountain nearby, i would climb it and shout that from the top of it. but since i live in the flat midwest, consider this my mountain. you need it. yes, you. i don’t care who you are, it will change your darn life. they advertise it as ‘8 hours of sleep in a bottle’ but it’s more like you slept for 3 days straight and got the most rest you’ve ever had and still look better. don’t take my word for it, though, you should try it. okay, i’m done.
i’ve also been using Julep’s Oxygen Nail Treatment a lot because it gives the prettiest shade of pink to my nails and sometimes i prefer a more natural look to a color. aaaand i’ve been getting a whole lotta use out of my amika un.done texture spray lately since it seems like i only shower once a week. i’m secretly hoping they turn that scent into a perfume because i would buy it in bulk. for real. 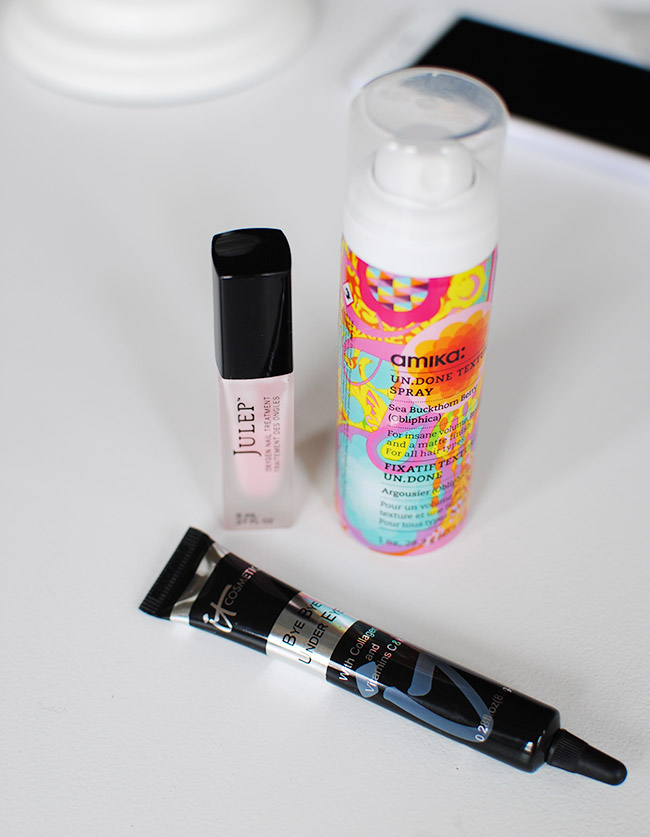 in sort of un-fun news, we found out a week or so ago that we have to move at the end of August when our lease is up at our current place. rent is going up quite a bit and one of my roommates will no longer be living in Chicago, so we’re going to look for something smaller and cheaper because #ihatewastingmoneyonrent
i’m like 60% dreading the move (because apartment hunting, purging, packing, and unpacking are the worst) and 40% excited for a change and a potentially new neighborhood to explore in the city. i’m also finding myself wanting to start packing and deconstructing the apartment now just to get a head start, but i’m going to try to hold off because i have plenty of time. and i may be selling some furniture/decor/random crap that i still own once the move gets closer, so stay tuned if you live in the Chicago area and may be interested. or not. whatever.
since it’s very clear that the cold medicine has most certainly gotten to me, i’m gonna go ahead and wrap this ramblefest up now. catch ya on the flip side, aka Monday. i’ve got some exciting things coming next week!
have a happy weekend!
Share
2 Comments
life